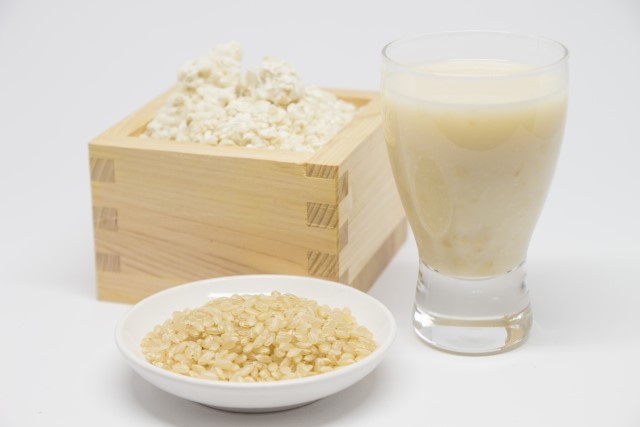 The secret of “Moromi” in making Sake

Generally speaking, the process of making Japanese Sake is by putting moromi into a Sake bag, squeezing the bag with pressure, and then separating moromi into Sake lees and liquid. The clear liquid, which comes out after the filter process, is the ordinary Japanese Sake.

Before we learn about the details of Nigori Sake, let’s learn about a word that has been often used in Sake world, it is “moromi”. Moromi is the form of alcohol-fermented rice before final Sake been made. According to The Society for Nada Sake, moromi has below definition: “This is the name for the fermenting mass made by mashing shubo (or just yeast in the case of kobo-jikomi), steamed rice, koji and water together. Immediately after mashing, moromi is like a solid mass of swollen rice grains, but it begins to soften as saccharification proceeds.”

As the fermentation goes, the state of Moromi will start to change from sweet and hard to alcohol dry and soft, and the final status of it will become totally liquid. In the middle of fermentation, the mixture which has been produced is called doburoku. This is the form of liquid with some left rice, and an original form of what we want to introduce to you today, the base of Nigori Sake.

For Nigori Sake, instead of using the normal Sake bag, breweries will choose to use rough Sake bag to let some of the rice mix in the liquid on purpose. During the squeezing and separating process, Nigori Sake remains amounts of sediment which separated from Sake lees. The sediment turns to be cloudy status and the liquid becomes “Nigori Sake”.

Generally speaking, Japanese Sake uses the heat-treated method, called “hiire”, which is to stop the fermentation in order to postpone the Sakes’s storage lifetime. Different from this, the Sake bottled with yeast alive without hiire is called “Active Nigori Sake”, and similar to champagne, it has a secondary fermentation in the bottle. Thanks to the second fermentation, it will give the Sake a foaming feeling when you drink it.

Therefore, it is important to distribute and store Sake at a lower temperature than wine. Without the cold chain system, Japanese Sake, especially “Active Nigori Sake” which maintains a rich quality among Sake, had not been able to be enjoyed outside of Japan for a long time.

While Nigori Sake is difficult to manage in distribution and sales, it is expected to be paired with various dishes and consumed in many scenes thanks to its refreshing foaming and fruity flavor. Since the limitation on how to maintain the quality of Nigori Sake is quite strict and the flavor of Nigori Sake is very special compared to other Sake, Nigori Sake is normally rare in the market and much more expensive than normal Sake.

How to store Nigori Sake

For Nigori Sake or Sake without “hiire” treatment, it is essential to store them at ice temperature from-5 to 5 degrees Celsius.

Especially, if you want to fully enjoy the aroma of the “Active Nigori Sake”, it is suggested that the sales outlets can have cellars where they can store the Sake at the appropriate temperature and serve it with glass bottles. To put it in an easy way, it is similar to the methods of how to store good wine.

If the sales outlet doesn’t manage the storage of Sake properly, the original taste of Sake will be damaged, and most importantly, the deliciousness of Sake will not be recognized by customers. To see this in the long run, it will influence the sales of Sake in a bad way due to people’s miss recognition of its taste.

In the time of no cold chain distribution, Japanese Sake is famous for warm served, which is called “Atsukan”, but actually, it was completely different from the original taste of Japanese Sake.

If we take this example on wine, it will be same as letting someone who never drink wine drink the wine without proper temperature control, and when you serve hot wine you will make him/her think this is the right taste of wine. And they will not appreciate the real taste ever as the first impression they have is the wrong one. So, for sales outlets it’s important to be careful about the Sake storage.

How to drink Nigori Sake

There are two ways to enjoy it, one is “drinking the sediment and the supernatant separately without mixing”, the other way is “Shake the bottle evenly to mix the contents inside”.  The bottle should be tilted slowly as it might also spill out when drinking in the mixing way. Normally you store it in the refrigerator and drink it chilled, but you can also enjoy it at room temperature or by warming it up.

Besides, just like wine, the taste will start to change after opening, so it is suggested to finish the Sake as early as possible.

Compared to wine, Sake has a higher amino acid contents, and it is said that the amino acid makes it more enjoyable to pair well with food. In particular, since the main component of Nigori Sake is the sediment contained in rice and Koji which is an undecomposed part, Nigori Sake contains much of amino acids and can boost the Umami. (you can find detailed explanation on Umami in our other article)

Sake itself is a fermented drink and it goes well with fermented foods such as cheese and yogurt. Also, since Nigori Sake has thick and lactic acid taste, it can coat the spice stimulus on the tongue and remove the fat with acid when you have a heavy meal.

According to a survey, we found that it seems people likely to consume Nigori Sake in the restaurant as well as at home. As Nigori Sake is easy to enjoy, why don’t you grab a bottle of Nigori Sake and give it a try?