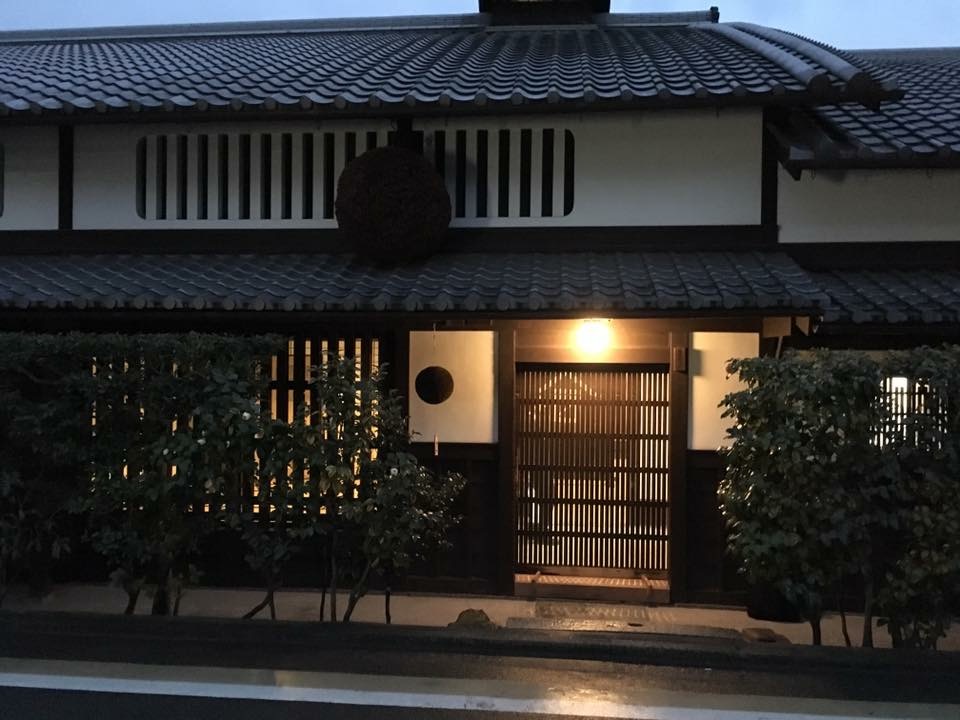 The birth of Nigori Sake and Tsuki no Katsura Sake series

Founded in 1675, Masuda Tokubee Shoten, with the longest Sake brewery history in Fushimi area, has been seen as the original Sake brewery for Nigori Sake and Aged Sake.

In 1964, Masuda Tokubee Shoten became the first in the world to work on brewing Nigori Sake, and in the same year, they also released “Tsuki no Katsura” series Sake, which is a popular Sake brand now. The genre of “Nigori Sake” was established by succeeding the secondary fermentation within the bottle, which at that time no one has ever done. It was the moment when the so-called sparkling Sake came to birth.

The reason of Nigori Sake’s birth comes from the question of “why are there many kinds of wine such as red wine, white wine, and sparkling wine instead of Sake? Similar to wine, there should also be different styles of Sake, so why not let the old-fashion “Doburoku*” revive in a modern style”? Junichi Masuda, who is a brewer, mentioned that this was their start point of developing Nigori Sake”.

* Doburoku is the original state of Nigori Sake.

To realize the wish of letting Sparkling Sake be appreciated all over the world, and letting people who don’t like Sake to appreciate the special characteristics and seasonality of Sake, the brewery of Nigori Sake got started.

Now, Masuda Tokubee Shoten is also working on developing the Kyoto original yeast for Sake. They want to research and develop the Kyoto specific yeast to let people in the world enjoy the original Kyoto taste Sake. Meanwhile, they are also working on producing new Sake flavor that can pair well with food by using the mixing method of wine.

In this story, we will unveil the secret of Masuda Tokubee Shoten, who has the longest history and highest technology in Sake brewing, how they make Sake and why they can thrive until today.

First, in terms of the water, Masuda Tokubee Shoten can obtain abundant of water (underground water) from where they are located. It is even not an exaggeration to say that this is the greatest advantage in Sake brewing (you can find detailed information about the water condition in Fushimi area in our other articles).

Second, the Sake rice that Masuda Tokubee Shoten uses mainly comes from local paddy around Kyoto and most of them are cultivated without pesticides. The brewer works together with local Fushimi farmers (producers) from rice planting to harvesting, so they can understand the rice grow environment as well as the climate of each year. Through this, they can not only know the Sake rice quality but also support the local people to cultivate and revive local rice agriculture.

In terms of the process of Sake brewing, as introduced in the above picture, for different types of Sake, it is the same, but the preparation time differ from type to type depending on the temperature control and fermentation condition.

For example, Tsuki no Katsura pure-rice Sake (Junmai) needs 70 days to prepare from polishing to pressing, however, Nigori Sake (Junmai) needs about 55 days, and low alcohol percentage Sake only needs about 45 days for the same process. In addition, for Sake brewing method, Kimoto zukuri and Yamahai zukuri, the 3-step preparation, the 4-step preparation, sparkling Sake, aged Sake and extra, based on the different Sake types, the production time is different. So, it is hard to conclude the general process of Sake in one simple method as they all have their own characteristics. All the procedures are important and you cannot make tasty Sake if you lack even one of the making steps. Regarding the raw material processing, for example the steaming condition of rice, the next process is determined by how well the process before steaming the rice works.

It is because Sake is brewed while they control the fermentation of microorganisms, and it is difficult to make adjustments or changes during preparation.

“Besides, the temperature control during preparation period is also important. After the completion of pressing process, bottling, sterilization, cooling, logistics control of brewery and deliver to final customers, you should be careful of all process”, mentioned by Mr. Masuda.

Traditionally, it is said that Koji is the most important factor more than mash and brewing. Regarding this saying, it is just paid attention to the final Koji, but overlooked other procedures. We should know that all the process matters the same during or before preparing to make Koji. The rice planting, weather, rice harvesting, rice milling, water preparation for rice washing, rice soaking and rice steaming are all included in koji making process. Therefore, everything is linked together and it is important to make sure all the processes are in good place.

About commitment of Masuda Tokubee Shoten

All in all, if you would like to make good Sake, you have to be cautious at each step of the Sake brewing process. In Masuda Tokubee Shoten, each of brewers shares the common goal on Sake brewing. Through this, they have built a cooperative system in the brewery. At the same time, they also pay attention to the health management of all the brewers.

The hygiene of the brewery is strictly controlled by daily disinfection, machine cleaning, and thoroughly sterilization by using an Ozone generator and Ozone water. Most of the Sake are sterilized after bottling and stored under cooling condition. However, if it is for aged Sake, it is normally storing in porcelain jar at room temperature. Mr. Masuda mentioned not only you had to pay attention to the storage environment, but also you had to keep the quality of Sake in order not to be influenced by the environment.

What is the motivation that keeps the brewery thrives for 345 years? — It lies in compassion for the next generation. Mr. Masuda said that the secret is that he devoted himself in constantly innovating on the basis of retaining traditional culture of Kyoto, and he has been thinking about how to pass the culture and technology to the next generation in a valuable way. He also thinks it’s important not to focus on trying to do something special but to enrich their current knowledge and innovate from it.

Mr. Kinichiro Sakaguchi, who was very knowledgeable about Sake, wrote in his famous book, “Japanese Sake”. In this book, he said, “the virtue of sake is that it has rich tastes and exists as natural as water”. Mr. Masuda agrees with this praise on Sake’s simpleness and richness as well as natural existence status. He hopes it’s not only about enjoying the Sake or food, but it’s about letting people’s appreciation and curiosity on sake come out naturally while they drink Sake. He also hopes the Sake he made can help people relax and improve the taste of the food.

It is hard to find Sake that goes well with food and makes people smile. But as a way for people to try it, Mr. Masuda recommend that sometimes you shall find a Sake that pair well with food by yourself like a sommelier.

Even for people who are not familiar with Sake, it is easier for them to drink the low alcohol Sake such as Tsuki no Katsura, Kasegigashira, Hofukuzetto, and sparkling Bikkuri gyoten. But for Nigori Sake, although it has a relatively high alcohol content around 17%, as a beginner of Sake, it has been recommended for women who rarely drink Sake and young people due to its special taste.

In addition, Mr. Masuda insisted that he really proud of the fact that in their brewery, everyone values the “seasonality” and “Individuality “of Sake the most. The “seasonality” refers to Nigori Sake, which is normally made around Nov and Dec and can be drank around New Year. It is the Sake that can let people taste the new Sake the earliest during the year, and thanks to this, Nigori Sake has been seen as the symbol of Sake’s seasonality.

He also hopes people drink Sake not only based on other people’s suggestion or comments, but to try different Sake and find the one they can enjoy the most in their own way.

In the long term, Mr. Masuda predicted that there might be an increase of the Sake brewery around the world, and one of the plans he has for the future is they can start Sake OEM manufacture abroad.

Sake is considered to be the easiest alcohol drink in the world to pair with food, so they will keep working to develop new flavors of Sake that can pair well with food from all over the world, and they aim to average the sake exports amount (increase the proportion of exports) and domestic sales. In addition, remodeling the brewery to create an experience-based auberge is also envisioned in their future vision.

With the 345 years of Sake brew history, Masuda Tokubee Shoten has always stick to their original commitment on their Sake brewing. Their Sake includes not only traditional Japanese culture taste, but also Japanese spirit of new era.

We are sure that after knowing the history of Masuda Tokubee Shoten, you might be able to discover a new different taste when drinking their Sake!